I have a lot to cover in this week’s report, coho fishing, chinook fishing, and a petition, so let’s get right to it.

Coho fishing was noticeably better this week with some solid action and catches of hatchery coho. It seems the best action has been around South Bowen in 300-500 feet of water, usually on a tide line if present. Productive depths have been 25-75 on the rigger, depending on time of day and how sunny it is. Later in the day and with lots of sun, try a bit deeper. Early in the day and on overcast days try a bit shallower. If it is too windy to try South Bowen then you can try Point Atkinson, along West Van and down to the Cap Mouth as there have been coho caught in all these areas. Reflective flashers like the Betsy, Twisted Sista, and the Hot Dot series have been working well with white glow and UV hootchies and smaller spoons like the 3.0 Kingfisher, Skinny G and Wee Gee in reflective finishes. 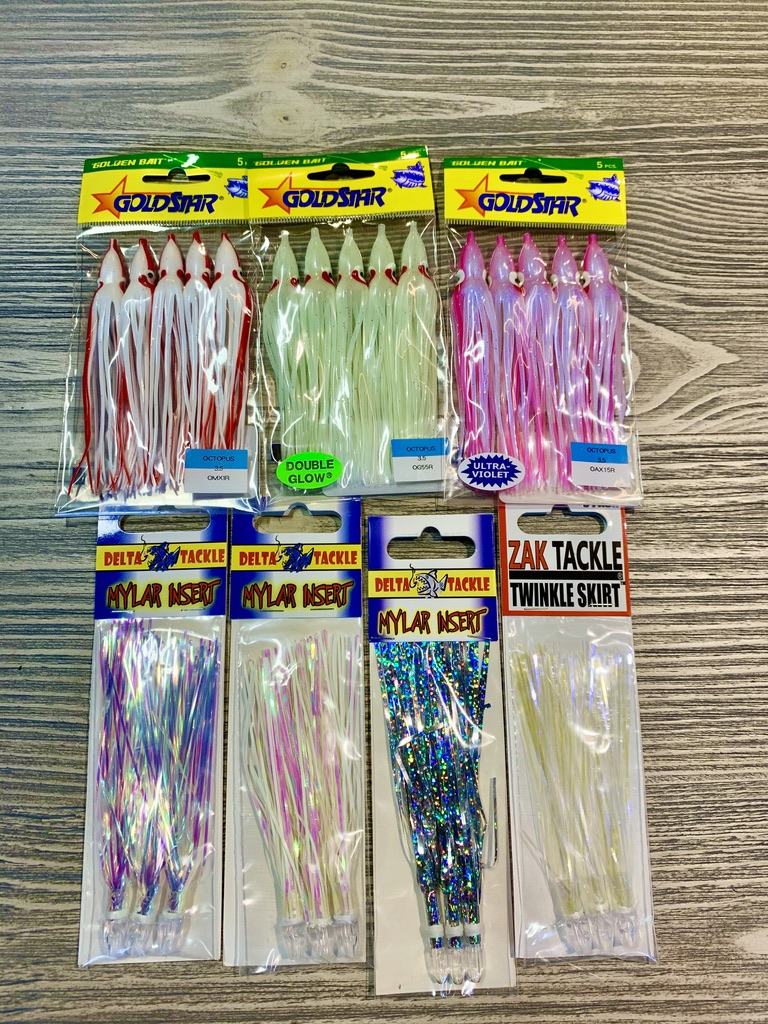 These hootchies with mylar inserts have been producing well for coho with a 24-30 inch leader. 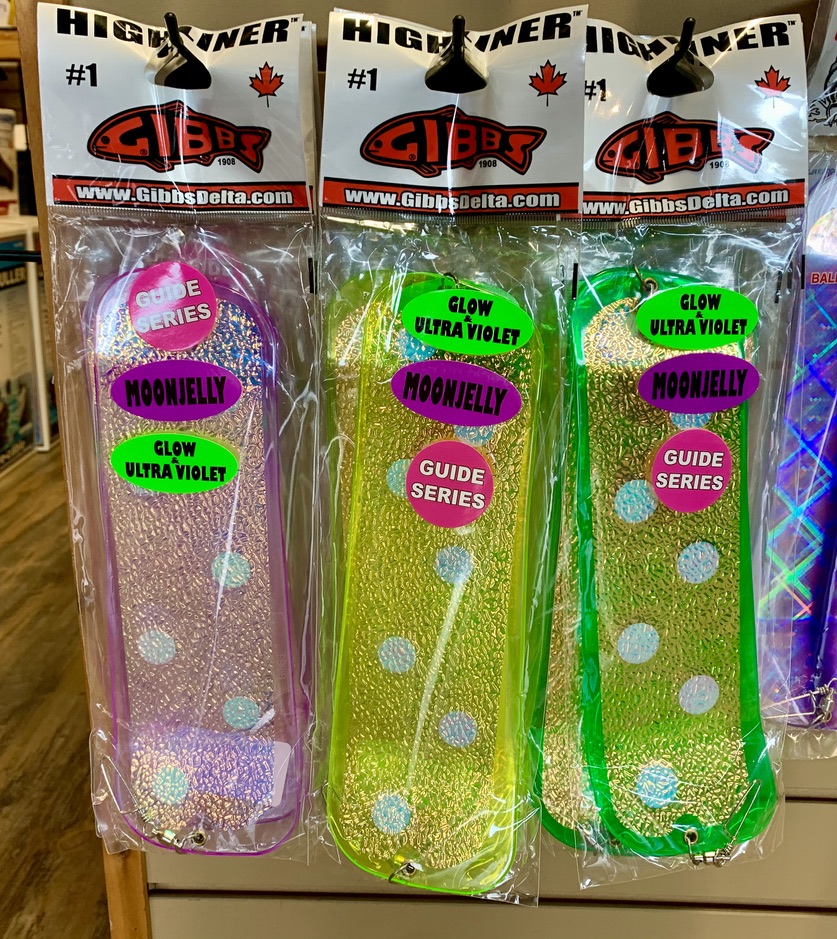 The Gibbs Hot Dot series of flashers is a solid choice for coho, lots of flash, contrast, and a touch of glow. 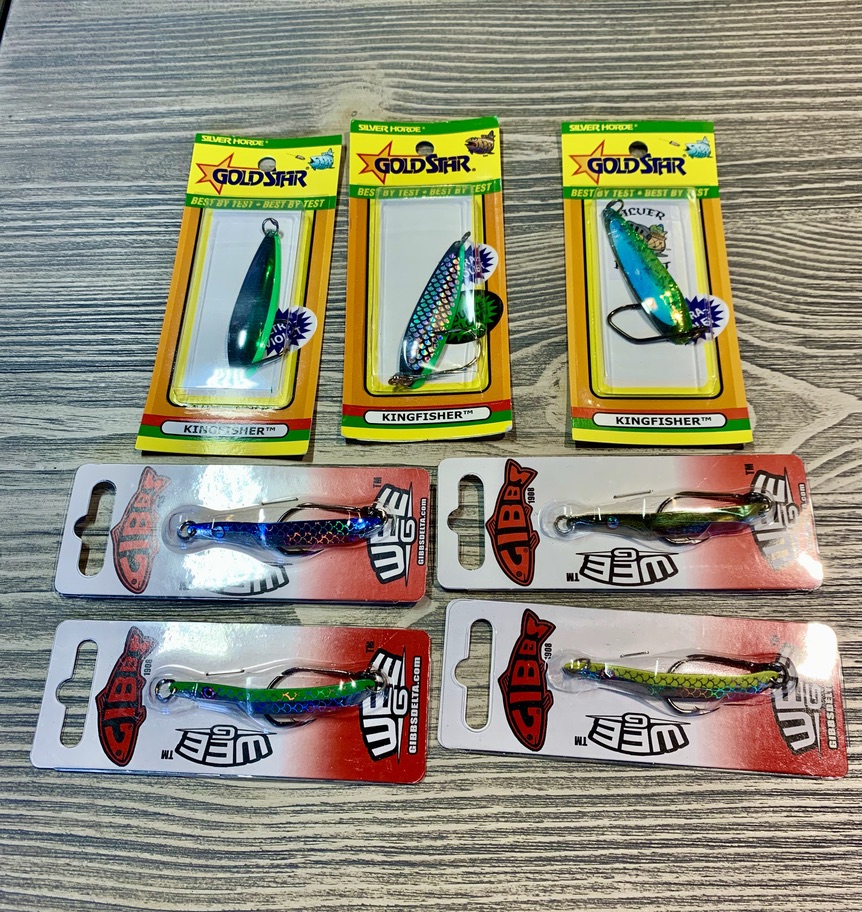 These 3.0 Kingfisher and Wee Gee spoons have been good producers. 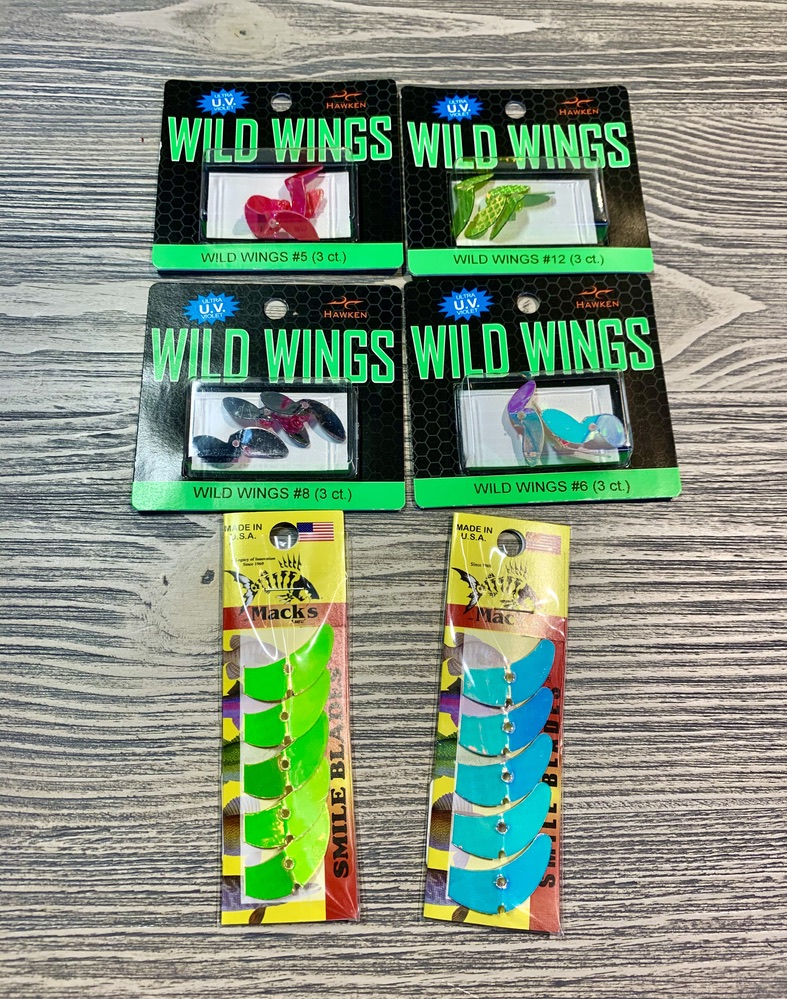 Try putting on a few beads in front of your hootchy, then these wings which add extra flash and vibration to your hootchy presentation.

As most of you know, chinook are now open to retention in some areas and the details of where are covered in our previous reports Chinook Report

We headed across to Gabriola and fished there up to Nanaimo this week and had some decent fishing for chinook and coho. The chinook were deep, as usual, and were 180-280 on the riggers depending on the spot. We marked quite a few coho further offshore and they were 75-175 on the sonar. Tough to take the hootchies off when in these waters as they always seem to get the job done. Blue glow flashers like the Oki Footloose and Gibbs Brain Freeze with a blue splatter glow hootchy are working well. You always want a green or chartreuse version of this setup in your arsenal too as it can be the ticket, especially on darker days. 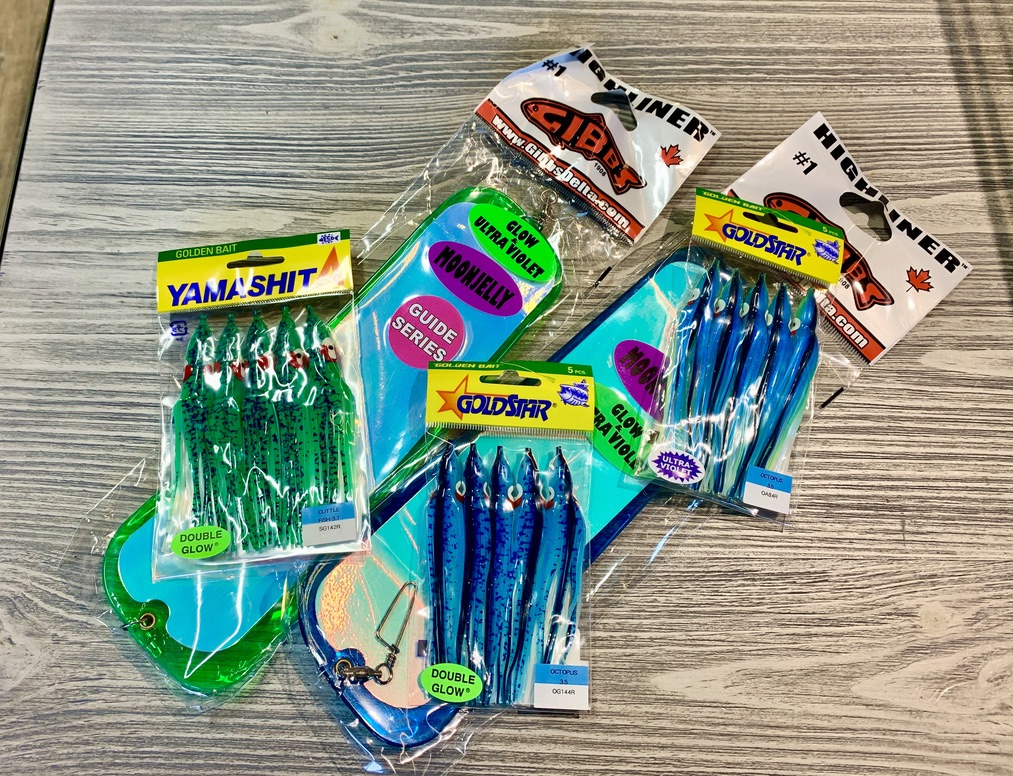 These Gibbs flashers and Yamashita hootchies are some of the top producers for chinook on the other side of the Salish Sea. 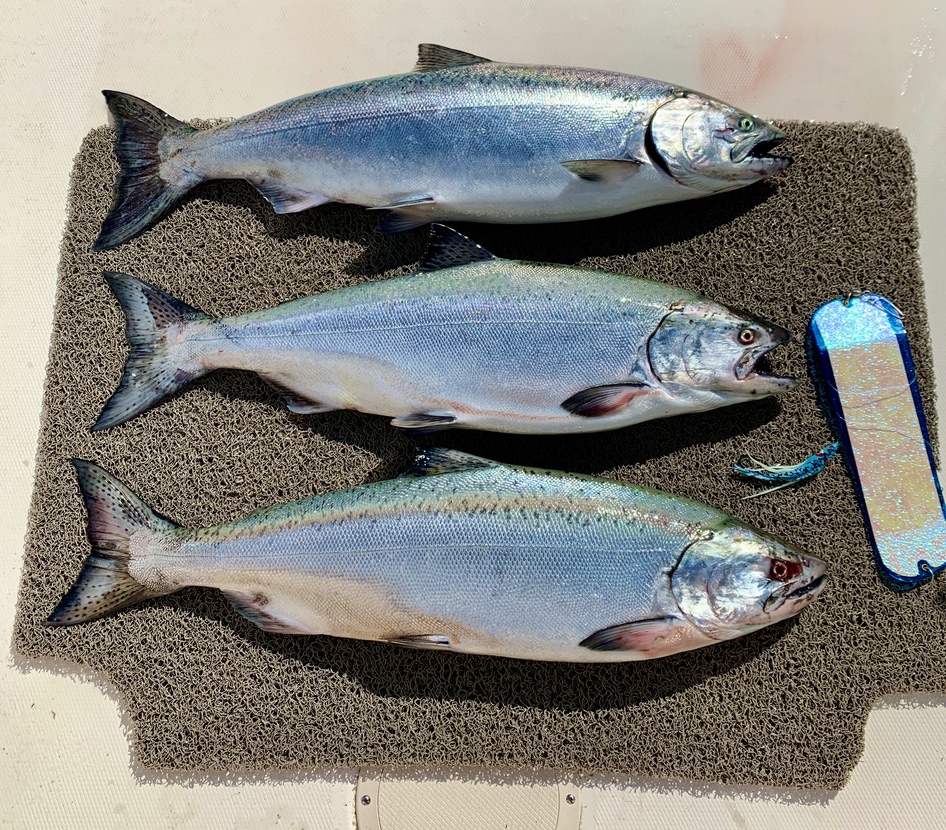 3 fish from Wednesday that fell into the 62-80 cm slot limit. 75% of the chinook to the boat were hatchery.

Okay, so now that you know what is going on for fishing, it’s time to take a minute and read this petition and sign it. The chinook closures currently imposed on the Vancouver region are nothing short of gross miss management of the public resource. I have gone into the details in the past, so I won’t in this week’s report, but here is how you can be heard.

Please sign this right now, and let’s get thousands behind this and show DFO and the politicians we won’t stand for it. Get your friends and family to sign it as well; your and their access to this public resource depends on it.

Petition to the Minister of Fisheries, Oceans and the Canadian Coast Guard

· The public fishery in British Columbia depends on predictable access to marine and aquatic resources;

· The public fishery in British Columbia is a source of benefits, including food security, cultural traditions, recreation, mental health, employment and economic opportunity for hundreds of thousands of British Columbians;

· The Minister of Fisheries, Oceans and Canadian Coast Guard and the Government of Canada have chosen to ignore viable and sustainable proposals from British Columbians for managing fisheries that may encounter Fraser River Chinook;

· The Minister of Fisheries, Oceans and Canadian Coast Guard and the Government of Canada have failed to implement a coordinated, properly funded, comprehensive, ecosystem-based recovery plan and strategy to rebuild stocks and habitat for Fraser River Chinook; and

· The Minister of Fisheries, Oceans and Canadian Coast Guard and the Government of Canada have failed to acknowledge the presence of other abundant Chinook stocks.

We, the undersigned, citizens of Canada, call upon the Minister of Fisheries, Oceans and the Canadian Coast Guard to amend the Department of Fisheries and Oceans’ 2020 Fraser River Chinook salmon management measures to acknowledge the existence of abundant Chinook stocks elsewhere on the coast and allow avoidance zones and mark selective fisheries that have been proposed for times and places where endangered Fraser River Chinook are absent or unlikely to be present, and provide details to Canadians for the immediate development of a comprehensive recovery strategy and plan for Fraser River stocks of concern to be implemented as soon as possible.

Posted on July 17, 2020 by Jason Tonelli in Fishing Reports