Let’s start with a look at the past 7 days and then take a look at opportunities for this weekend.   Fishing last weekend and early in the week was good, despite some big tides from the full moon.  There were decent catches of chinook from South Bowen up to Gower Point and Lower Howe Sound.  Offshore off South Bowen and out on the Hump, there were some good numbers of coho being caught as well.  A quick reminder all chinook are catch and release at this time and you can retain 2 hatchery coho a day.  Unfortunately, mid-week the big NW winds showed up and that put a damper on the fishing and we even had to cancel a few trips, as we just couldn’t get out of the harbour.

During all of this I was in the Gulf Islands, working on a deck at our cabin.  Although fishing wasn’t the priority, I did manage to sneak out a few times to fish Gabriola.  As you can imagine, I was the only boat there as nobody could make the crossing because of the NW winds mid-week.  In short, there are a lot of chinook around and in a few hours,  I was into plenty of fish to scratch the itch.   Most of the fish were hatchery chinook in the 8-15 pound range.  This bodes well for when this area opens up for retention on July 15th, fishing should be good…  I spent some time with the swim baits in the shallows and some friends and I go into some decent lingcod as well, but I didn’t manage to make it out into the deeper water to see if there were any coho around as it was too rough.  Historically there are lots of coho offshore in 500-1000 feet of water out in front of Nanaimo, Entrance, and Gabriola this time of year. 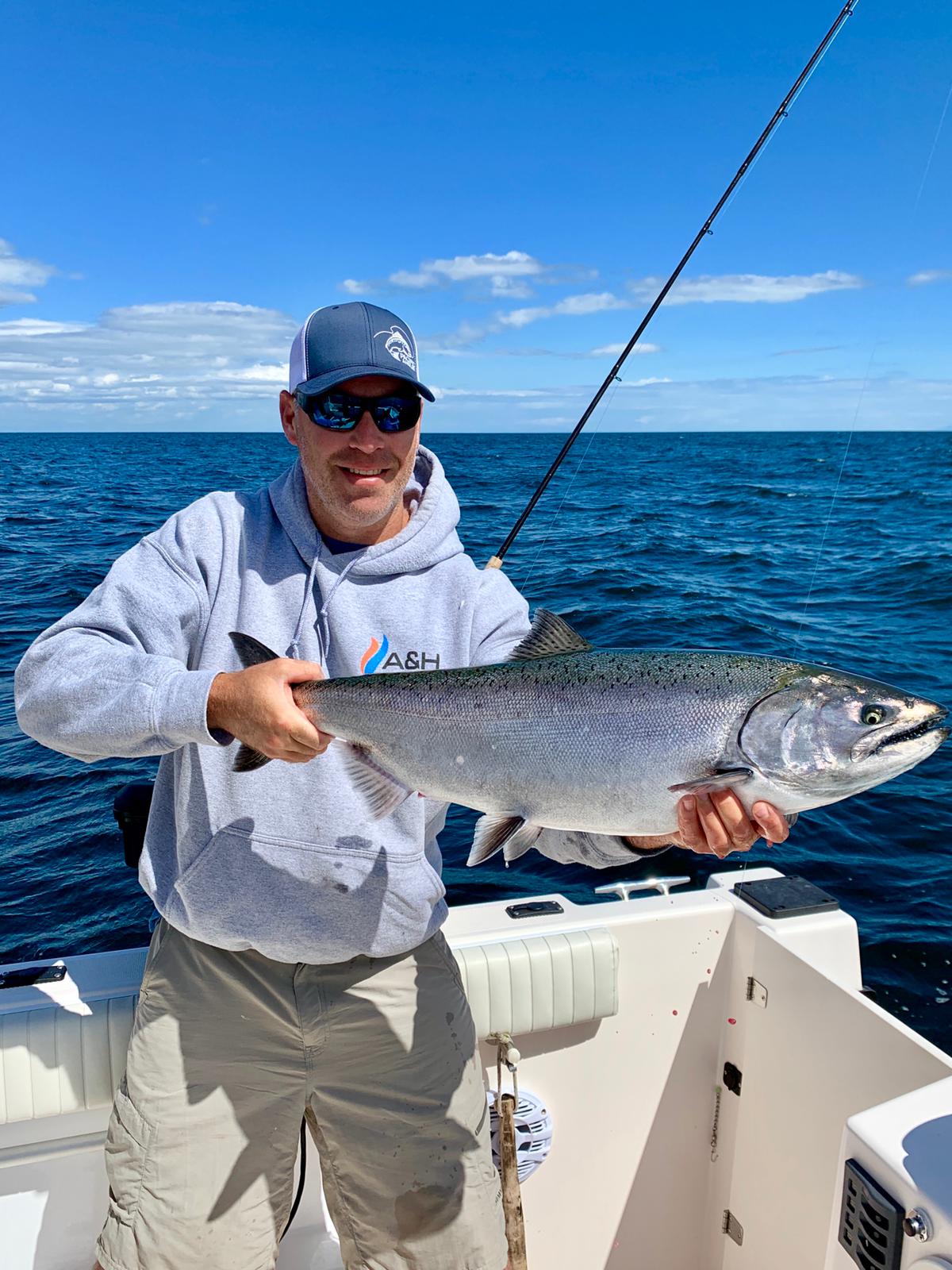 Jason with one of many hatchery chinook releases on a quick 2-hour fish off Gabriola. 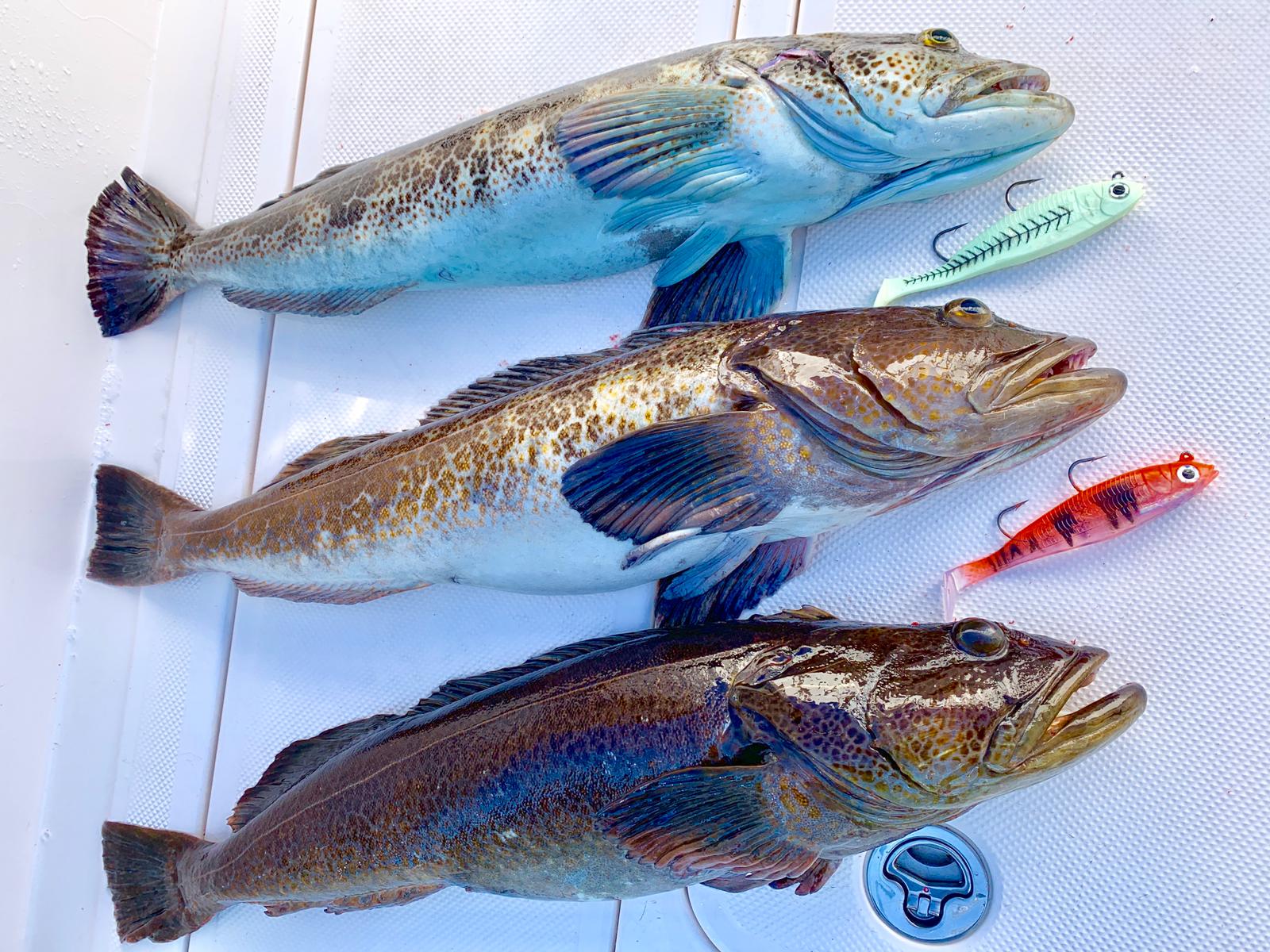 Some lingcod caught drifting with Gibbs Paddle Tails off Gabriola.

The winds look pretty mellow this weekend for the most part, so that gives the local angler a lot of options.  Close to home there should be some chinook around South Bowen and you can head offshore for coho.  It might not be a bad idea to poke around Point Atkinson or West Van for Cap coho as well as there are already fish in the river.  If you want to burn some fuel and do some exploring, head over to the Gulf Islands.  There are a lot of chinook around and there should be some good numbers of coho offshore.  There is always the option of bottom fishing once you make the crossing as well.

Prawning has been slow, as the commercial fleet has beaten down the local stocks.  Crabbing has been decent but there has been some commercial boats working the Bell to Spanish Bank area and our catches of legals have dropped and we have had some traps taken, as have others.

Posted on June 21, 2019 by Jason Tonelli in Fishing Reports