We had quite a few trips this past week and for the most part the fishing was pretty solid.  I was up and down Howe Sound on a 2-day trip and found bait and some keeper chinook in all the usual spots.  Eddie was also into some fish and on a few days, we had to cancel some trips due to wind.  So pretty much a standard week in the land of winter fishing, anywhere from fish in the boat to cancelled trips.  Looking back on the last couple of months, fishing has been average this year in my opinion.  It isn’t going to go down as red-hot fishing, but just consistent.  Put in that time and you will get your fish.  This pattern will likely continue until more migratory waves of fish show up in late March and into April. 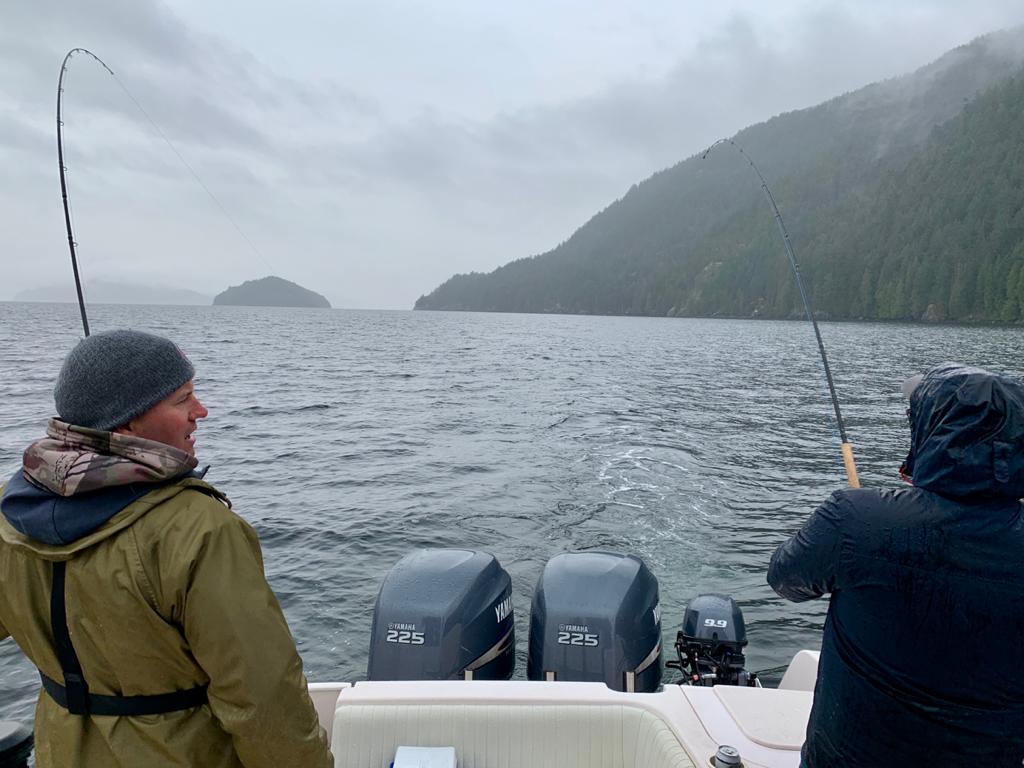 Doubled up in Howe Sound

Speaking of April, it’s looking like we are very likely going to be closed for chinook retention as of April 1st.  There will be some official announcements early next week, but all indications are that DFO is going to roll over management measures announced on April 18th of last year as of April 1st this year.  From there we will see how things go.  There will be some opportunity for input and DFO will be looking at data that will be coming available sometime in April.  This data will indicate how the management measures of last year affected chinook stocks of concern.  Regardless, this is extremely disappointing, as there is no way we should have been shut down in our area last year.  We just aren’t encountering Interior Fraser River Chinook stocks of concern in measurable numbers.  In most cases you have less than a 1% chance of hooking one of these chinook and in some areas and some months history and science will show there is a 0% chance.  There is no logical nor scientific rationale for a complete closure in our local waters in April, May, or June.  There are solutions, such as a one hatchery a day limit, and we will be lobbying hard for that in the coming months.  Stay tuned to this report and our social media channels on how you can provide input to this process.  It seems these days it is all about politics and those that are yelling the loudest seem to be winning.  So far that has been ENGO’s and First Nations, so it’s time to get vocal and show your opposition to these proposed management measures. 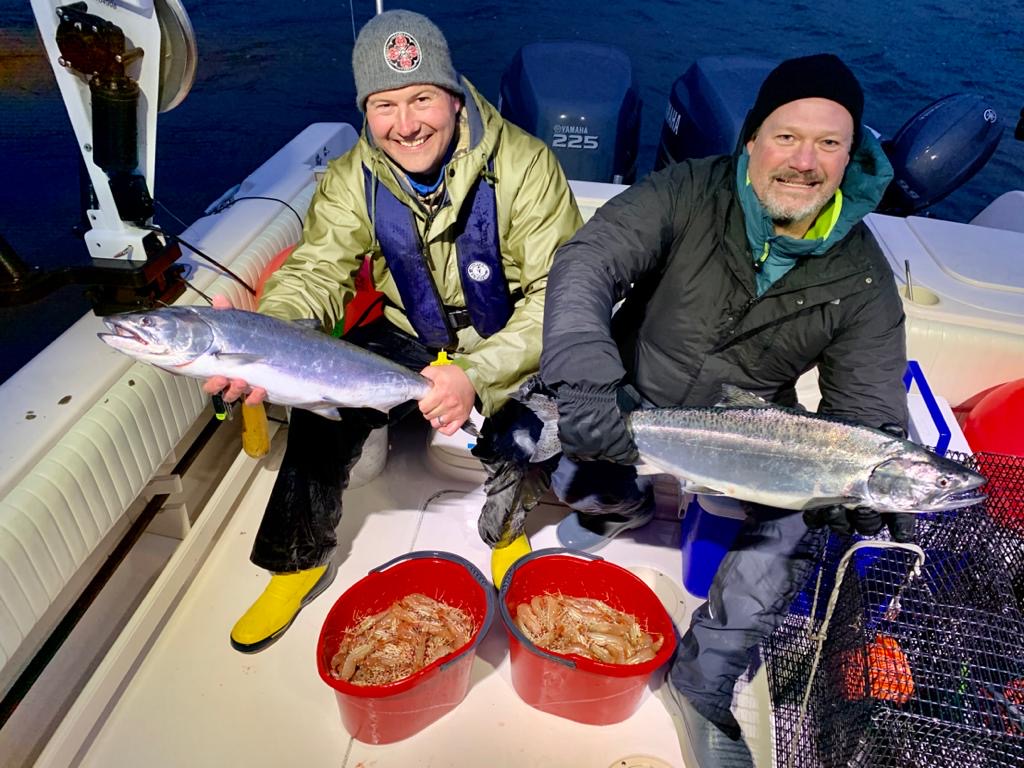 In the meantime, get out there and get some chinook and some prawns.  Prawning has also been good and remember the limit is reduced to 125 April 1st as well.  Again, a decision backed by politics and not science.   As of now it is 200 and we have been doing quite well on our recent sets.   Crabbing will start to pick up in the coming months as well, but for now we are focusing on the prawns.

Posted on February 28, 2020 by Jason Tonelli in Fishing Reports