Well last week was pretty amazing; lots and lots of chinook were hooked from the Bell Buoy all the way down to the South Arm. Basically the last 4 weeks were some of the best chinook fishing most of us has ever seen. Then the low-pressure system came after the weekend, and the rain came, and wouldn’t you know it, most of the chinook holding off the Fraser went up the river. Check out this graph that shows the catch per unit effort of the chinook gill net test sets off Albion. You can see it skyrocketed to way above average as a good chunk of the great chinook return, we are having went up the river. 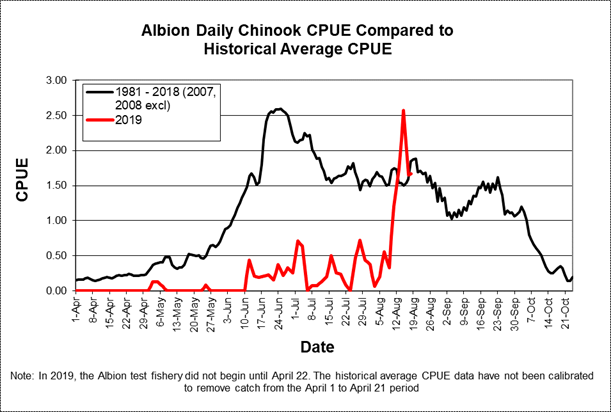 The good news is we are having a very strong return of summer run chinook, which is now undeniable. The other good news is there are more on the way. We will continue to see more of these fish this coming week, and right on their heels will be the larger white springs headed to the Chilliwack/Vedder and Harrison rivers. So, if you missed out on the amazing fishing these past few weeks, don’t worry, there is still plenty of time to get out there. If the white springs are enjoying some of the same high survival rates and strong brood stock years as the early run time red springs, we could be in for a pretty fun late August and early September.

As usual the best action has generally been in the top 70 feet of the water column, although on Monday and Tuesday some fish were caught down in the 100-200 zone. I can’t say I have seen this many times before; it could have been orcas (but none were spotted), the low-pressure system, or maybe all the pinks. Either way, it was interesting. This is where good electronics really pays off, as you can see those targets when they are down deep and adjust your depth. I have covered what is working in detail in other reports and I can some it up in one word right here. BAIT. Appropriate flashers and teaser heads with some bait and you are in the game. 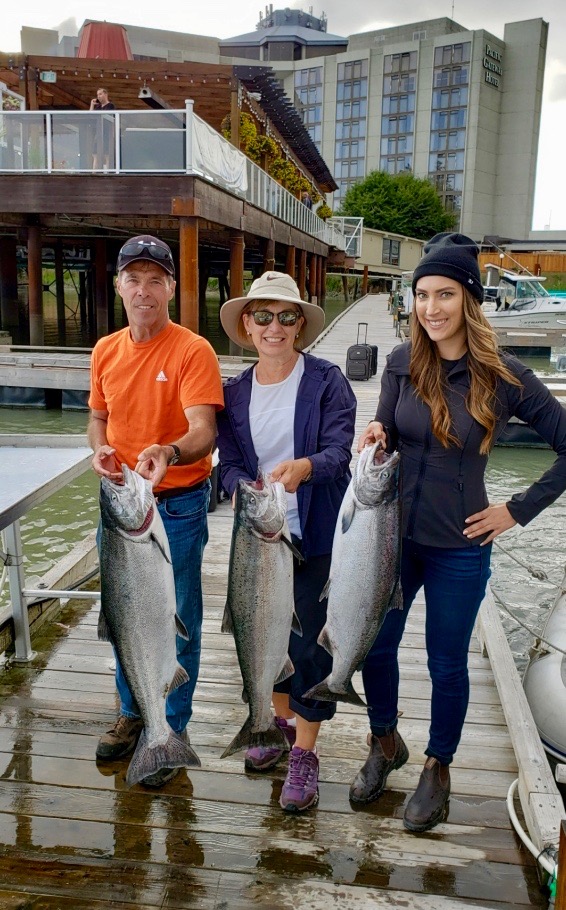 Happy guests with 3 nice chinook after a morning out on the water with our guide Kristian on “Miss Guided” out of the Pacific Gateway Hotel.

We did have some reports of some decent coho fishing off West Van these past few days, as anglers caught their one spring and shifted to other species. Lots of pinks have been caught while fishing for chinook off the Fraser Mouth as well; so, once you get a chinook and a few pinks, give West Van a try for some coho. We will see more coho off the Fraser mouth in the coming weeks as Vedder/Chilliwack fish show up. Remember it is hatchery only for coho.

This year’s Vancouver Chinook Classic went very well. We had great weather and even better fishing! The weigh boats were kept busy on Saturday as the 50 teams that were entered enjoyed a pretty hot bite on Saturday morning. Eventually a few 20 pound plus fish were on the board and this cut down on the weigh boat calls. Sunday saw some pretty nice fish hooked that came close, but no cigar as they say, and the leader board held firm. Congratulations to Colton Snider on “Rod Father” for his first-place finish with a 25.13 lb chinook. Second place went to local guide Mark Shannon on “Saratoga” with his 23.47 lb chinook. Third place went to father and son team Myer and Ian on “Chasin Tales” guided by our very own Jordan Simpson with their 23.41 lb chinook. Overall it was a lot of fun and it looks like we raised a lot of money for the Pacific Salmon Foundation and the Sport Fishing Institute of BC. The prizes donated by all our sponsors were amazing and the bids for the silent auction and live auction were fantastic! A big thank you to all the donators, bidders, the Pacific Gateway Hotel, the Weigh Boat Drivers, Pacific Angler, and all the volunteers who make this event such a great success! 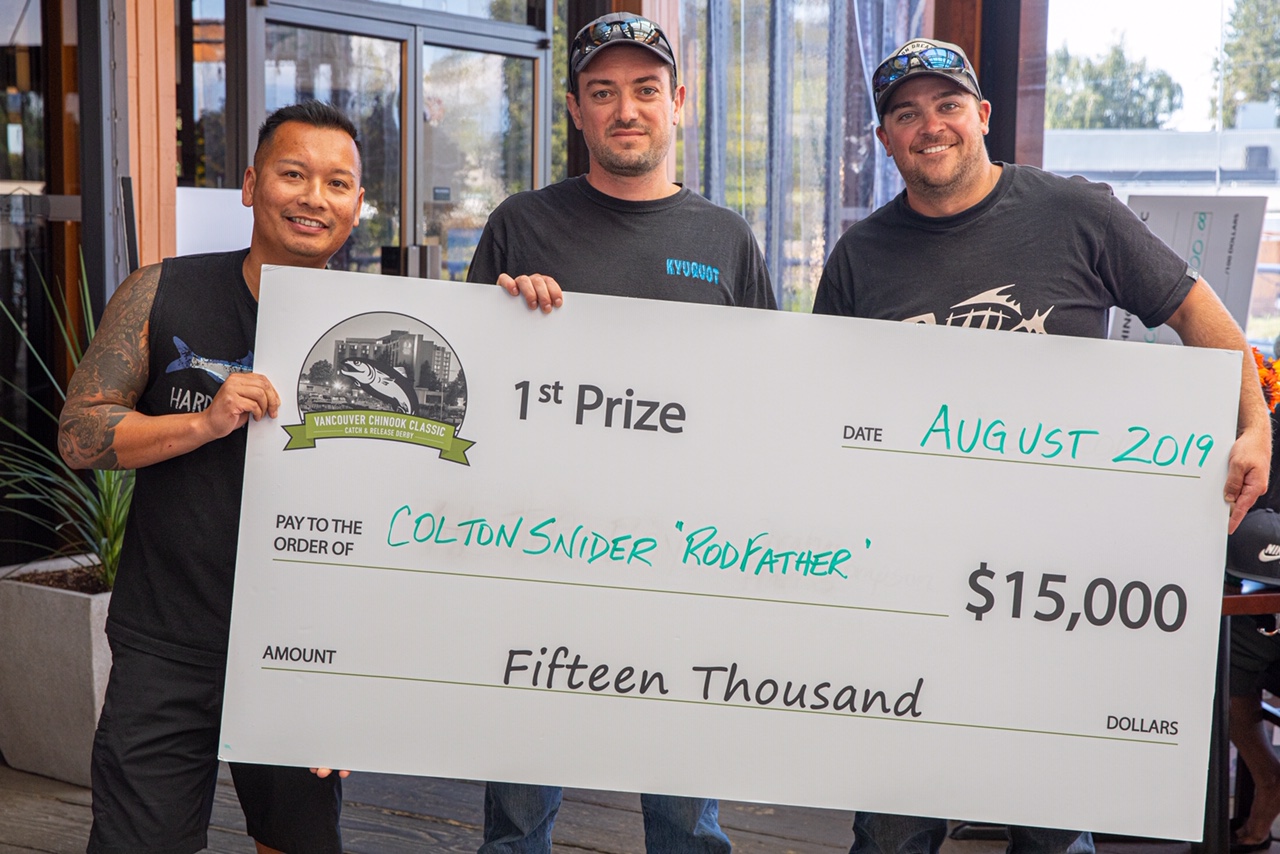 Well that wraps up this week’s report. After a crazy week of getting ready for the VCC 2019 and zipping around in weigh boats, I am looking forward to some guiding this weekend.

Posted on August 23, 2019 by Jason Tonelli in Fishing Reports, Uncategorised