We had some trips at the Cap Mouth this week and fishing was pretty consistent.  Sometimes the seals got the better of us, but we did manage to land some nice chinook despite their best efforts. 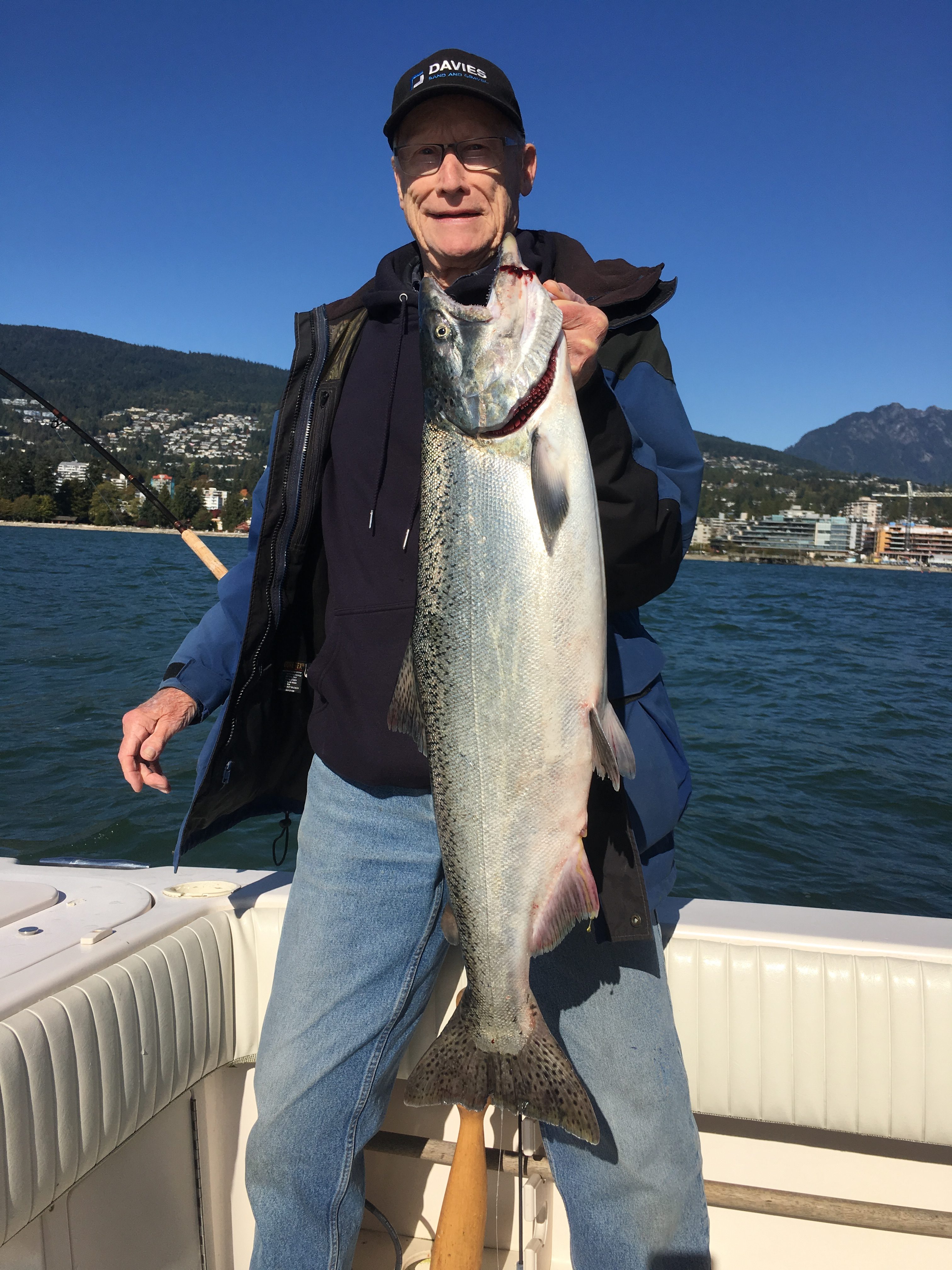 If you are looking for a quick fish, close to home, there are still some chinook at the Cap.  We have caught fish as late as the last week of October, but I think it is fair to say the best days have been had.  That being said, it is close to home and a nice way to spend a crisp October day and with the lack of rain, the chinook are still there.

If you want to travel down to the South Arm, there have been some decent days there as well.  A few waves of chinook definitely pushed through earlier in the week, as did some coho.  There have been some tougher days too, so this time of year you have to take the risk and just go for it!  Don’t wait for the report, it’s late season and there just aren’t that many boats out there.  I would sum it up by saying those who went down there found it well worth it and had opportunities for chinook and coho.  The coho have been hitting white hootchies in the 30-60 zone on the riggers and the chinook have been on bait from 45 to 75 on the riggers. 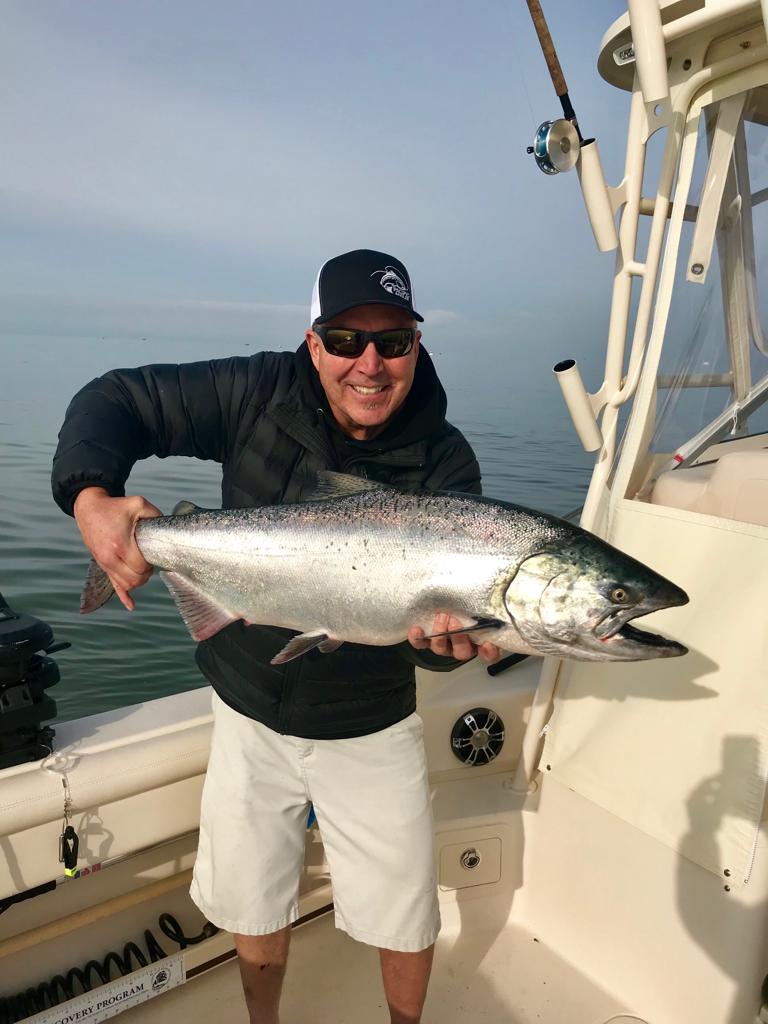 Jack with an absolutely beautiful October chinook taken from the South Arm earlier this week.

A few of us have been poking around Howe Sound for winter chinook already and there has been a bit of bait and a fish here or there.  It is still very early, so for now your best bet is still the Cap Mouth or the South Arm.

Posted on October 11, 2019 by Jason Tonelli in Fishing Reports