We are counting the down the days to chinook being opened in Area 17 and 28 on July 15th, and then again for Area 29 on August 1st.  In the meantime, it has been pretty amazing fishing for the most part.  There were a few trips this past week where the coho did a disappearing act, but they seem to be back in the usual spots off South Bowen, Point Atkinson, and the West Van shoreline.  The number of chinook around is also staggering.  The local mixed stocks of feeder chinook, or residents, seem to still be here and we are seeing a few larger chinook likely headed to the Squamish or Cheakamus.  In short, fishing is very good. 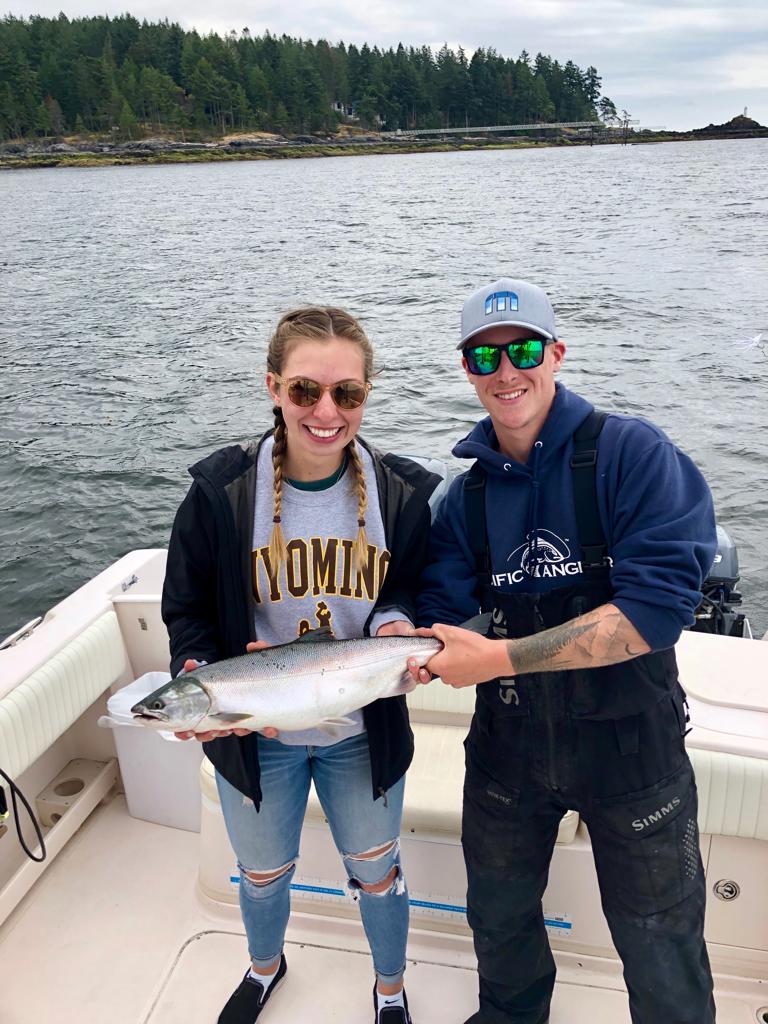 Brett and his guests had some great coho action off Bowen on Thursday!

We have been catching lots of chinook, way more than historically normal for this time of year, and they seem to be everywhere!  There are chinook right in the Harbour, off South Bowen, and in Howe Sound.  Best depths have been 60-120 on the riggers and we have been getting a few surprise chinook on our shallow rods while targeting coho.  Because the fish aren’t that deep we have been doing well on some of the more reflective flashers like Green Onion Glow, Purple Onion Glow, and Kinetic Glow.  Spoons have been very productive, as has bait.  Some of our best spoons have been Killy McGee, Bob Marley and Pink Sink in Kingfisher 3.5 or Skinny G.  Rhys Davis anchovy teaser heads have been doing well in UV Green, UV Purple, and No Bananas with 5.5-inch anchovies or small herring.  If you are heading over to the Gulf Islands, the chinook fishing has been truly on fire there as well.   The same gear as mentioned above is working very well, just a bit deeper, more in the 120-180 zone on the riggers, and bait is definitely not needed, they are just hammering spoons. 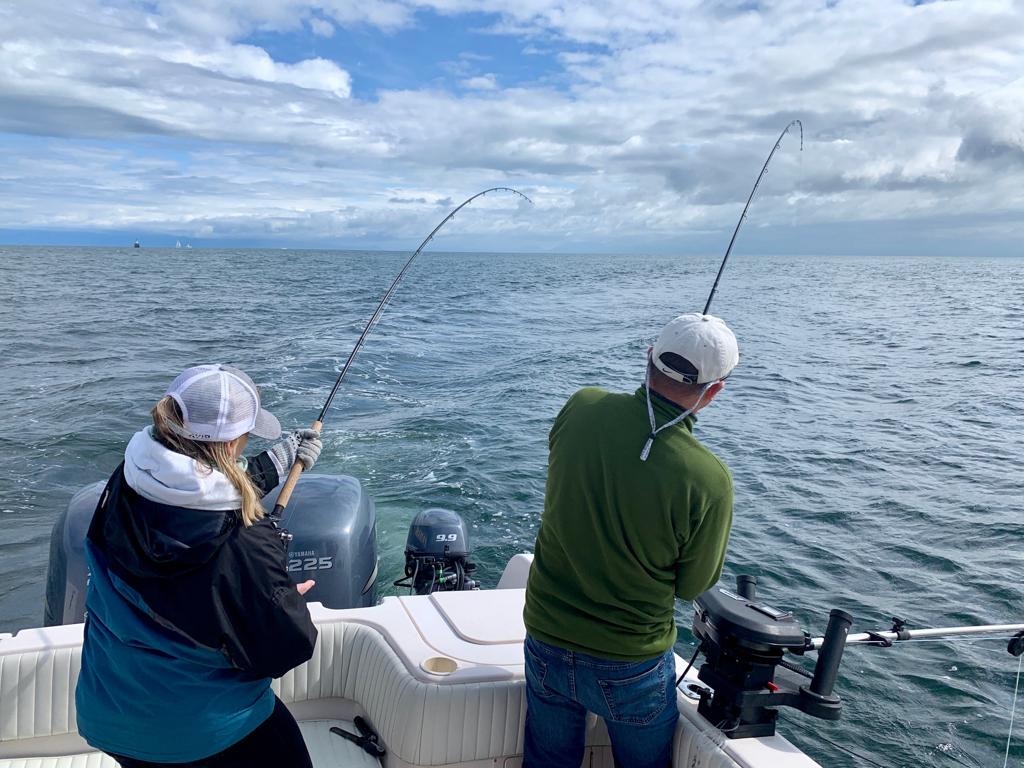 One of many doubleheaders while fishing for chinook off Gabriola 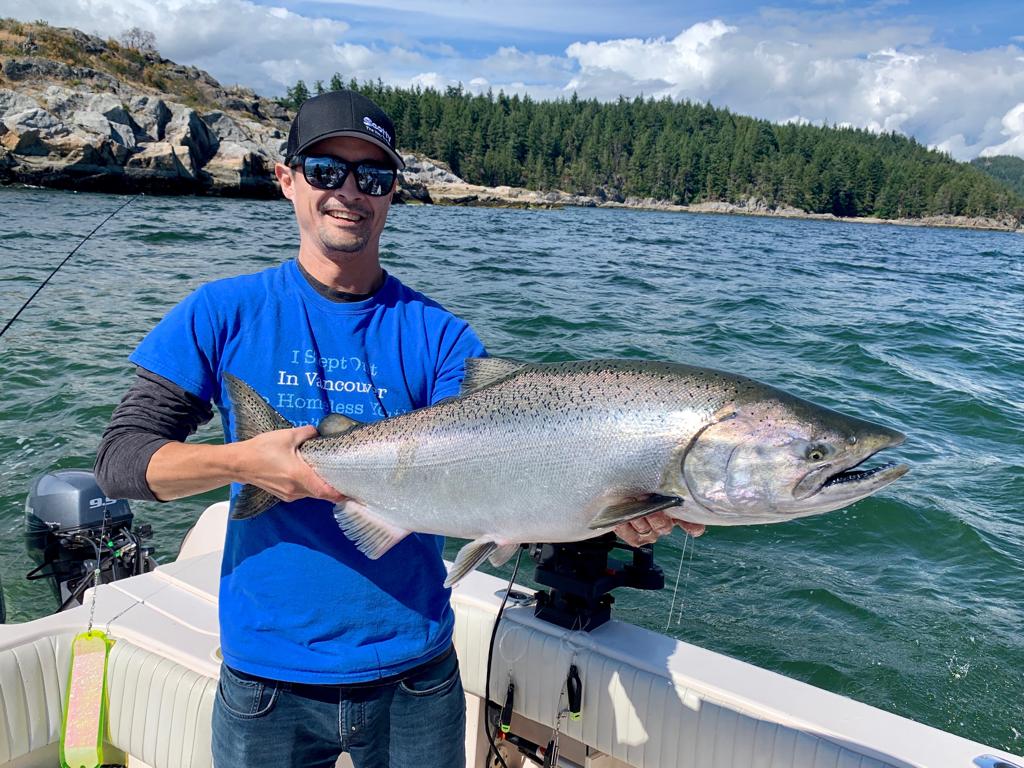 Our guest Kevin had a big smile and a sore arm after landing this nice chinook on a recent trip with Jason.

The crabbing is pretty hit and miss.  Some traps are full of smalls and others are still producing some decent legals.  The commercial fleet is hard at work in the harbour, so things will continue to slow down on the crabbing front.

The weather looks great this weekend from a wind perspective but there might be a few cloudy and rainy periods.   A small price to pay for calm seas and lots of fish!  So head out this weekend and enjoy the coho and chinook fishing.

Oh, I almost forgot, we caught our first pink salmon yesterday, so looks like the Squamish River and Indian River fish are about to show up!

Posted on July 5, 2019 by Jason Tonelli in Fishing Reports