This past week we have been focusing our efforts close to home, which is always nice after a long season of running to the Gulf Islands in the spring and the South Arm in the summer.

Some Cap coho caught this week!

Fishing on Friday last week for the DNV derby was good at the Cap Mouth. We went 4/7 on chinook, but no derby winners for us. The hot combo for us was a purple Phantom flasher, 7-foot leader, and Rhys Davis anchovy teaser head in blue/green glow with a 5.5-inch anchovy. Thanks again to all who made this derby possible. I hear it was quite successful and they raised a lot of money for their two charities, the Seymour Salmonid Society and Athletics for Kids. There were just over 100 chinook weighed in, so the fishing was understandably slow on the weekend as most of the fish in the area were harvested or hooked. The rains we had also raised the level of the Capilano River and some coho and chinook did finally decide to go up the river. The chinook fishing at the Cap Mouth did pick up slightly mid-week, but right now I would call it a little slower than normal for the last week in September. This can change on any flood tide, so I don’t think it is over yet, there will be some more fish pushing in.   We might see some more fish stack up off the Cap Mouth on this low pressure system that is about to come in. There is some heavy rain forecast for Sunday, hopefully just enough to get all the fish concentrated off the river mouth, but no so much that they all go up the river! After this weekends rain it looks like the high pressure ridge is back and so are the sunny skies. The river should stay low and any chinook showing up in the first week of October will be forced to sit off the river mouth until the next heavy rain fall. 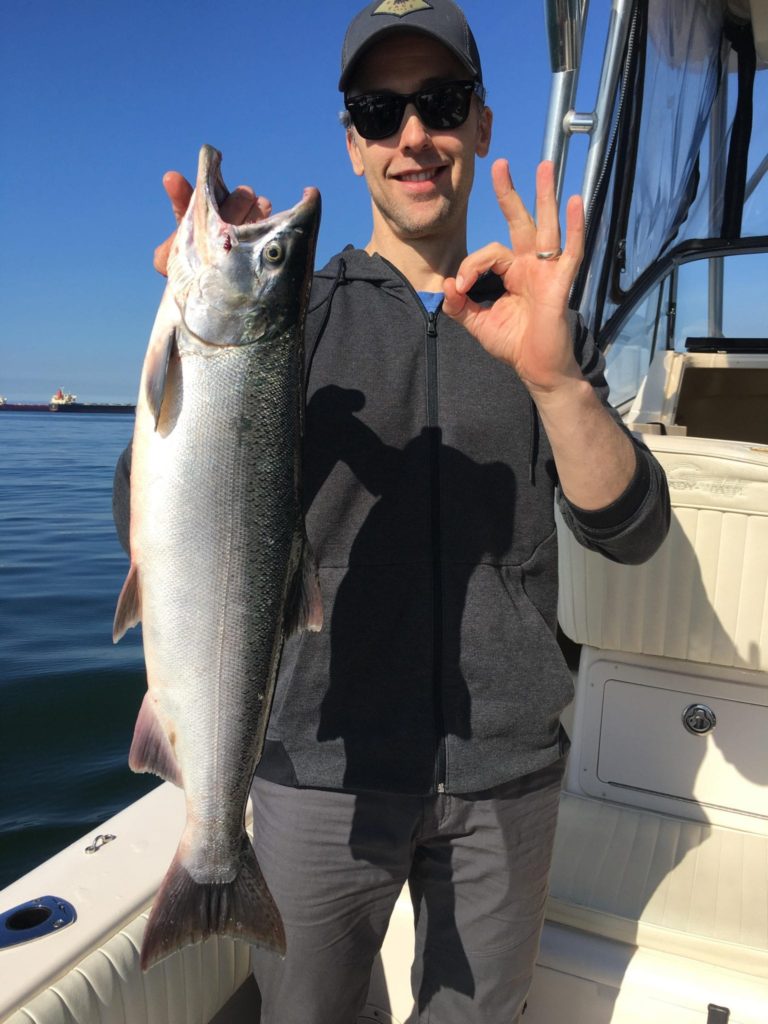 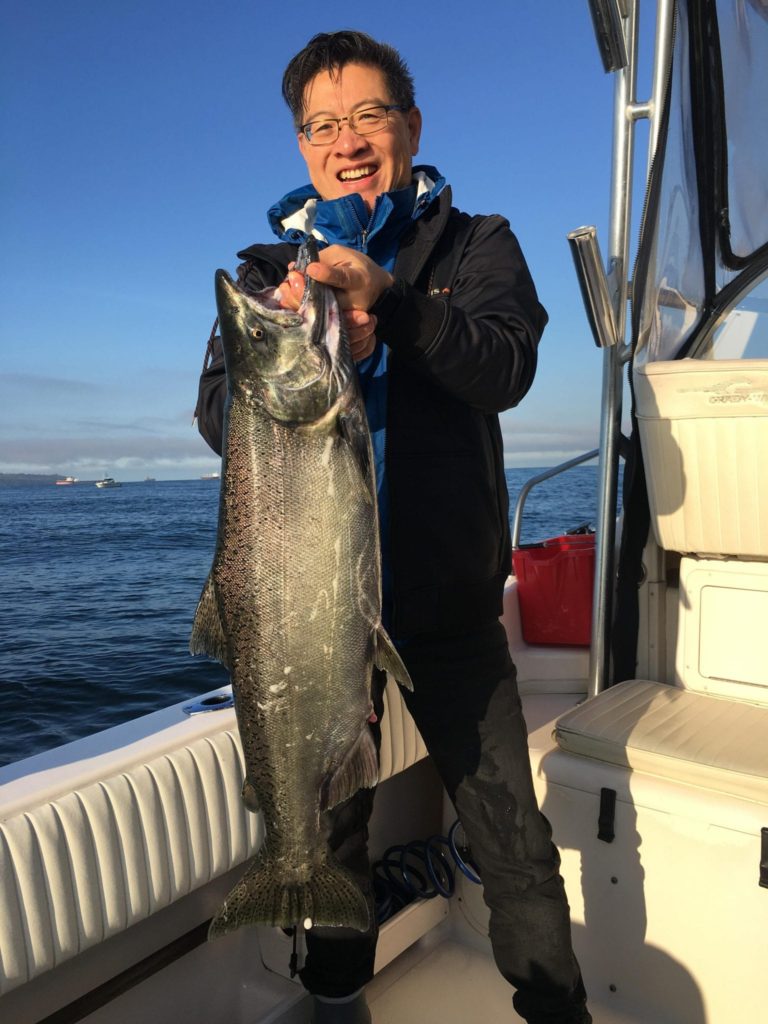 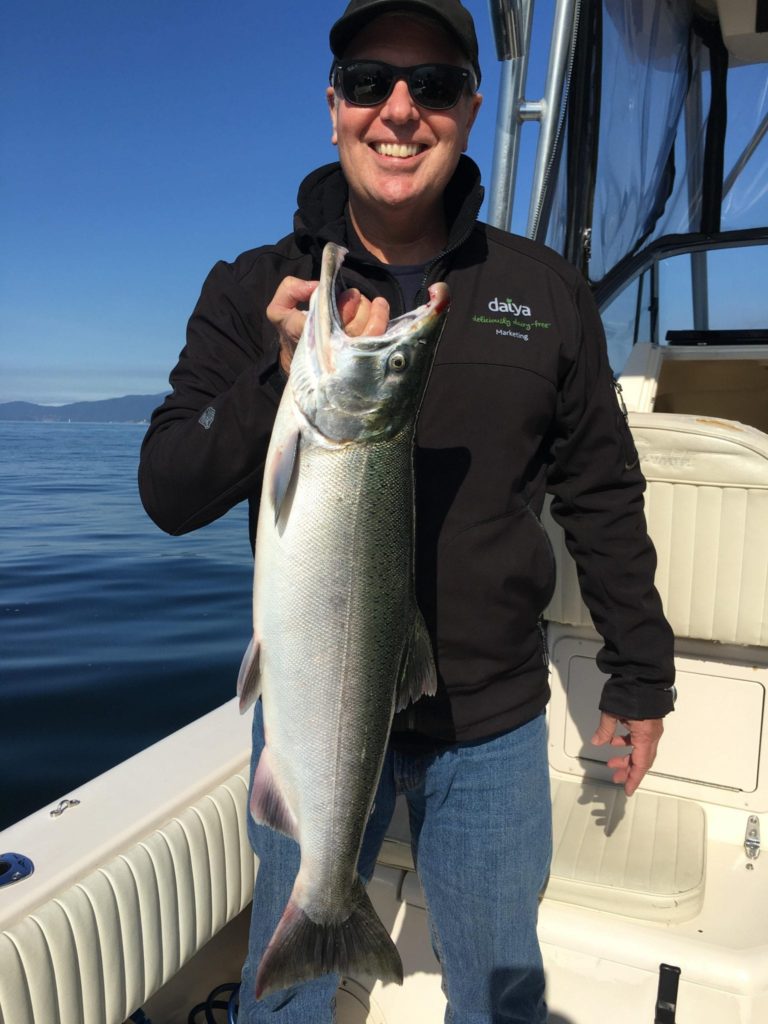 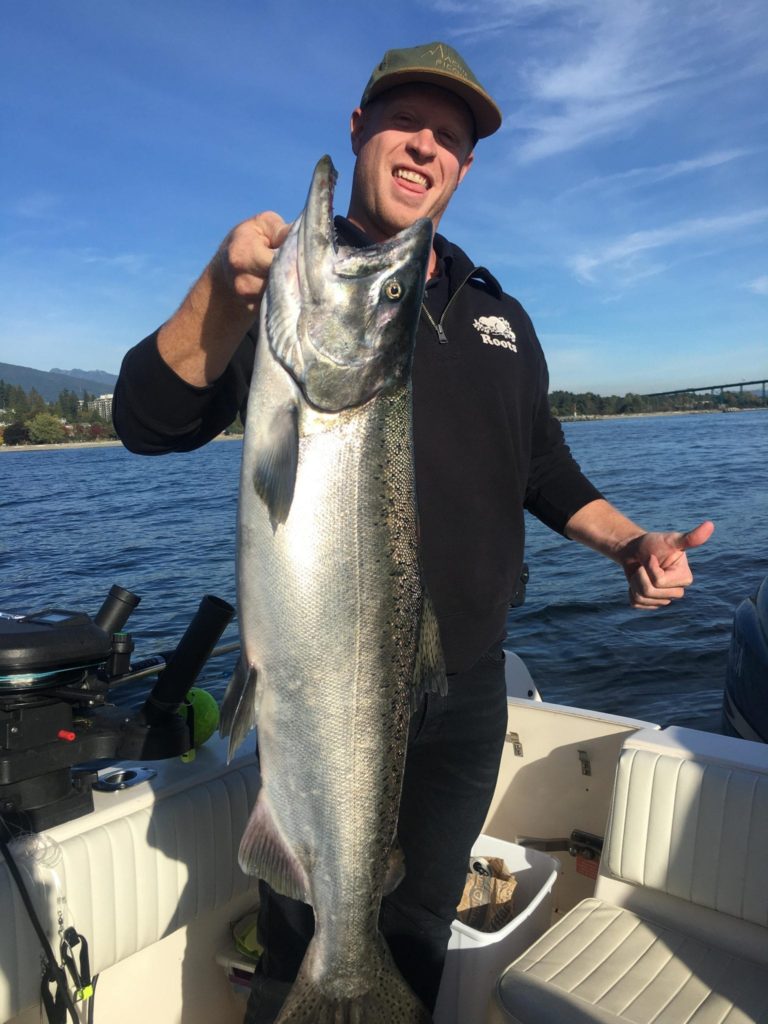 In case you haven’t heard about it or seen them jumping, there have been good numbers of coho stacked up off Stanley Park for the better part of 6 weeks now. The numbers have greatly diminished with the Cap river levels coming up this past week, but there are still a few stragglers around. Although these fish are notorious for having lock jaw this time of year, we have been able to get a few to bite when we have put in the time. Productive flashers have been silver or gold Betsy with a 6-foot leader to a 3.0 or 3.5 Kingfisher spoon in Bob Marley, Killy McGee or Maverick with Skinny G and Coho Killer spoons in similar colours also working well (nickel finishes with green or blue on them).

If you are looking to avoid the Cap Mouth crowds, another option would be to hit the South Arm in search of some late white springs headed to the Vedder/Chilliwack or Harrison and some coho as well. As we get into October we enter the peak migration period for thousands of coho heading to rivers like the Chehalis and Vedder/Chilliwack just to name a few. You can keep hatchery coho only. White hootchies or bait has always produced well for me when I do get the chance to troll down south in October and if you hit it right you can have a lot of action and there are very few boats.

Posted on September 28, 2018 by Pacific Angler in Fishing Reports