Well it’s hard to believe its mid September already!  The weather is sure letting us know isn’t it?  50 mm is forecast for Saturday and some SE winds as well.  Hopefully we will get some nicer days later in the month. 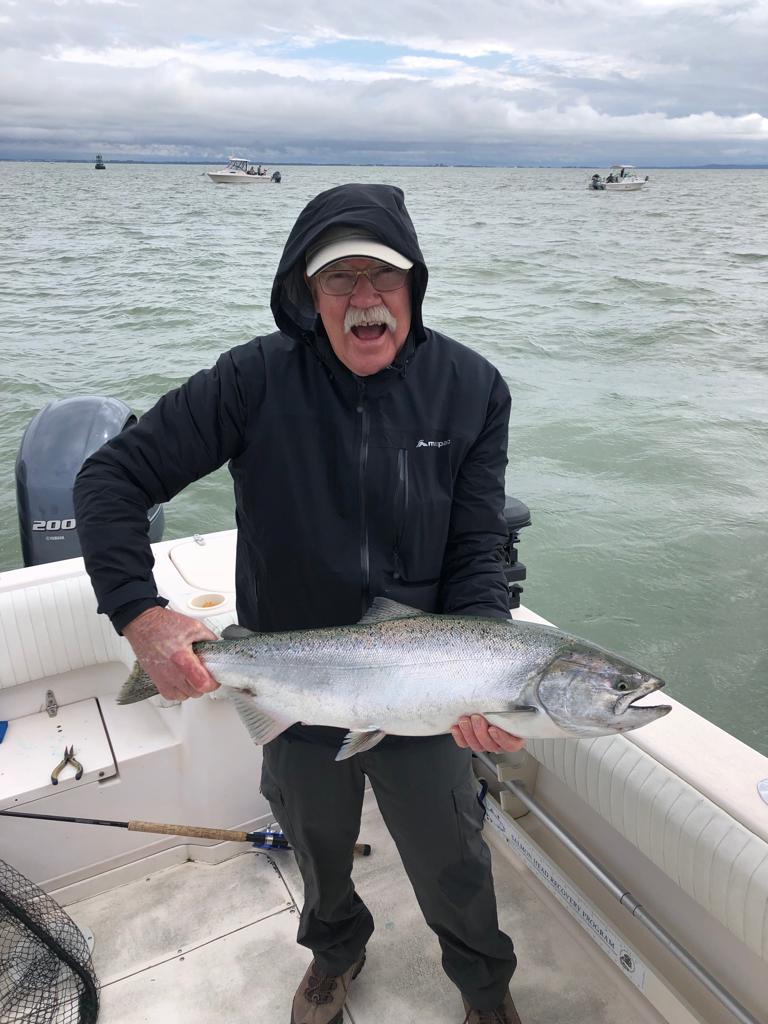 Derek’s guest from Australia had a great time getting into some chinook down at South Arm this week.

So what does all this rain mean for the fishing?  Well if you want to fish the Capilano River or Vedder/Chilliwack River, it is a good thing, but not so much if you want to fish the ocean.  This low-pressure system and the rain will definitely get some fish moving up the rivers.  For the Cap that means any coho or chinook hanging around the mouth will likely take advantage of the rise in water levels to head up the river.  The same can be said for the last of the red chinook hanging around the Fraser and the white chinook and coho that are just starting to show up.  They will definitely head up the river.  The good news is most of these Harrison and Chilliwack white chinook haven’t even showed up yet.  There have been really good reports of these fish coming down the Strait, and they will be showing up at our door step the next few weeks.  There are also lots of coho on the way that will be heading to the Vedder/Chilliwack and Chehalis.  As you can see, there are still a lot of fish to show up in the next 2-3 weeks, so I would rather get the rain out of the way now.  If we have a drier back end of the month, the fishing should be very good. 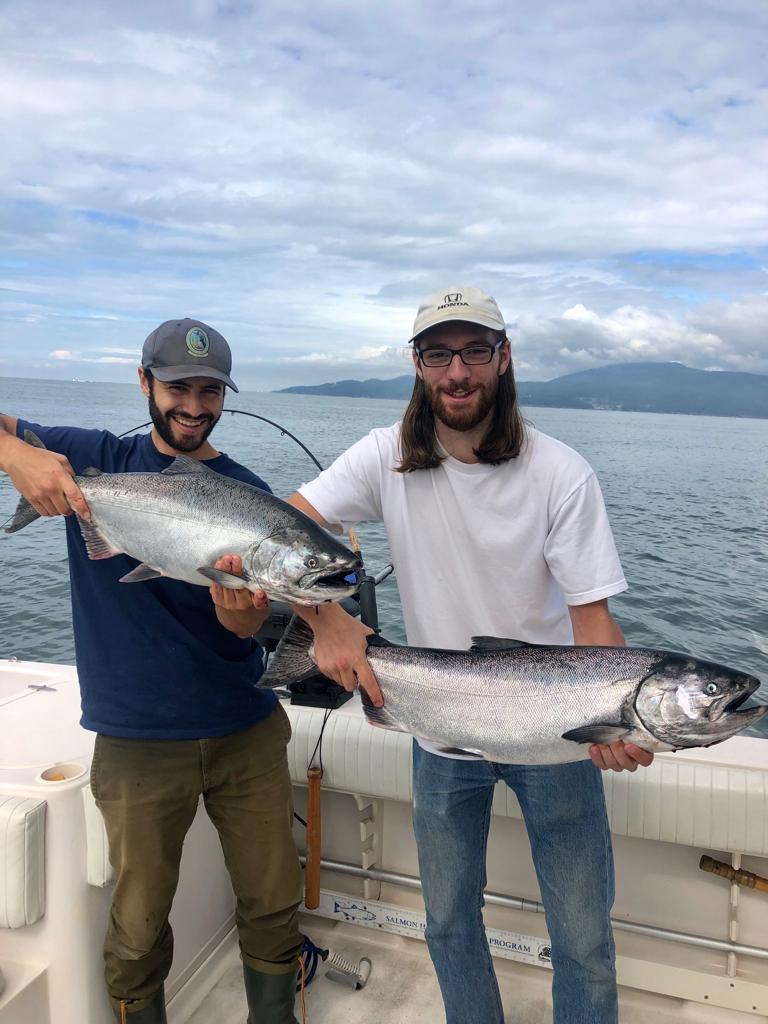 A push of fish came by the Bell Buoy early this past week and we were lucky enough to be in the right place at the right time for these two late season reds.

This past week was a lot slower, we really had to work hard for our fish, but after the excellent season we had, it’s hard to complain.  We are sort of in that transition of most of the reds heading up the river but the whites aren’t thick yet.  Usually there are plenty of coho around right now to fill in some of the slower chinook days, but for whatever reason they seem few and far between.  If you are heading out the next few weeks I would think about 2 locations, the Cap Mouth or the South Arm.  We see the bulk of the Cap chinook show up in the 3rd and 4th week of September, so it really hasn’t started to go off yet.  If you are looking for a half-day trip or it is too windy to head to the South Arm, this is your best bet.  If the winds are good and you have more time, I would recommend going to the South Arm.  The big summer crowds are thinning out, there are big white chinook just starting to show up, and there will be some hatchery coho around as a bonus.

Posted on September 13, 2019 by Jason Tonelli in Fishing Reports